At Mectalent, we began to automate production in the autumn of 2020, when we introduced a collaborative robot. Collaborative robots, or cobots, are robots that can work with humans in parallel without compromising occupational safety.

Cobots are useful aids in the production of small and medium series. They can be used instead of people in tasks that require repetitive work steps, freeing up the resources of professional staff for more demanding jobs.

In Mectalent's production, the robot was initially programmed to load the measuring machine:

With the help of the collaborative robot, the measuring machine can be used efficiently around the clock, as the cobot can also work independently in the evenings and at night. The cobot doesn’t get tired of monotonous jobs, so human errors are left out.

Mectalent’s cobot is mounted on a moveable stand, so the cobot can be used flexibly where the need is greatest. Tools are easy to change according to the parts to be processed and the robot’s program can be quickly changed to get it ready for the next tasks.

With the help of a collaborative robot, the measuring machine can be used efficiently around the clock, as it can also work independently in the evenings and at night.

The aim of production automation is to increase efficiency and unblock bottlenecks that arise at different workstations. In the future, robotics will also be utilized in other production tasks, such as loading a machine used for CNC machining.

For our customers, production automation is reflected in improved delivery assurance.

A robot can be used to efficiently operate larger series because it does not take breaks and is able to function outside the normal working hours. Human errors are left out and the work is uniform quality. It also allows delivery times to be defined more precisely.

However, the use of robots does not replace our professionals. Humans control the operation of robots and are responsible for the quality of their work as well.

A human and a cobot are an effective combination when flexibility and fluency are needed for work. The robot is utilized in repetitive work and humans perform tasks that require intelligence and know-how.

Production automation is a strategic choice

Production automation at Mectalent is a strategic choice. Our vision is to be a pioneer in the design and manufacture of technically challenging products. We pay special attention to delivery assurance, which is directly affected by automation and utilization of the cobot.

One of our values is customer success. Automating production with a cobot is part of the toolkit that helps us improve the quality of our work. Our goal is to continuously develop processes and practices so that we can better meet the quality requirements of our customers and thus help them succeed in their business.

Where do CNC machining costs come from?

The factory expansion is ready for use 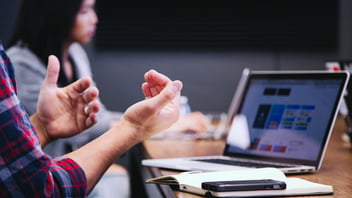 What does frontend and back-end mean in software development?