One of our customers had a problem: the battery in their device overheated during charging and they couldn’t get accurate temperature readings. This created a serious safety issue and financial losses as the product development phase was already overdue. The company wanted to get the product on the market as soon as possible and they did not have time to build yet another prototype and test design changes with it.

The company’s R&D Manager had heard good things about thermal simulation and decided to give it a go. Thermal simulation is a virtual tool for modeling the thermal behavior of a product in real-life operating environments. It is used to locate the heat challenges of the product, such as overheating and hot spots. Knowledge gained from simulations helps to find the causes and solve problems.

So, the R&D Manager contacted us for the thermal simulation of the battery. Our Simulation Team took the assignment and started working with it. As it was already known that the battery overheated during charging, the team decided to run a detailed component modeling on the battery.

The detailed component modeling simulation is used to model how heat affects different parts of a device, such as the battery cell, display, or individual electronic components. If necessary, modeling can be done in the accuracy of a thousandth of a millimeter.

First simulation round reveled the cause of problems

The first simulation round revealed that the charging components on one end of the device heated the nearby battery cells. During the overcharging phase, battery temperatures began to rise rapidly, and the temperature of the entire battery pack exceeded the limits given to it.

Based on the results from the first simulation, the team made changes to the virtual model. As it was not possible to make big structural modifications, they added a fan next to the battery cells, a heat sink to the power electronics, and inserted an insulating plate between the charging components and the batteries. Then they simulated the entire charging profile with varying fan speeds.

During second simulation round, it was discovered that the heat sink and insulation plate prevented overheating so well that a fan was only needed to cool the batteries when overcharging began. In practice this meant improvement in user experience as the battery could be charged for a long time without fan noise. Also, this solved the safety issues that caused concern.

So, the result was that the Simulation Team solved the problem by changing the materials used to conduct heat away from the battery and distribute it more efficiently as well as changing the location of the battery monitoring point.

In the ideal situation, thermal simulation is included from the beginning as a part of the design work. In this case, it would have been possible to design the device so that the cooling would have been passive instead of using a fan. Passive cooling of a device is always better than adding noisy mechanical parts that can be broken.

In total, the detailed component modeling and simulations took about three weeks. If the problem had been solved by testing with prototypes, about three times more time would have passed, since prototype construction is slow.

In terms of cost, thermal simulation is about ten times more economical than prototype tests. The estimate has considered the cost of manufacturing prototypes, both in anticipation of the completion of the prototypes and the time spent on actual testing as well as measurement and analysis, added to the human resources required for all work stages.

Do you want to learn more about thermal simulations?

Download our Guide to Thermal Simulations and read what kind of benefits thermal simulations can bring to your product development projects.

Meet us at the Subcontracting fair in Sep 2022

See you at Elmia Subcontractor Fair in November 2022 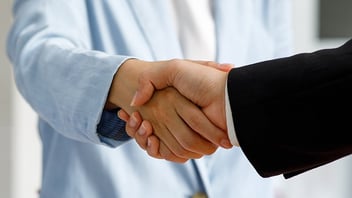 Mectalent and Grab2Go start cooperation in building an autonomous store 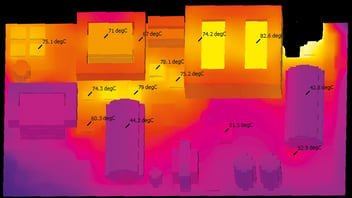